The doctor can wait

Today, I just learned one of the most courageous people I have ever met passed away. There was no gold medal, no cheering crowds or fanfare for 41yr old Michael Leary. He was one of the softest, kindest human beings on the planet, despite his life being a struggle from day one. It’s an epic tale, but I will give you the abbreviated version of the type of man that Michael Leary was.

I first met Michael when he was 6yrs old. His parents brought him to me to learn how to swim. On looking at his size I would have said he was closer to being 3 or 4years old. Michael was small, very small. But his parents asked to talk with me. They outlined his medical history for me and I learnt that he had been in and out of medical facilities all his young life. Doctors had said he would not live past the age of 10, perhaps even earlier and suggested it would be good for little Michael to mix with other kids and do some normal things because he had such a short time to live.

So a very young Sutto was engaged to teach him to swim. Michael learned quickly and was a quiet but very intelligent kid. We told his parents forget the doctors if they say he is too fragile for any training, let him join the squad and we see how it goes, he can come to the swim meets and enjoy the bus trips I organise just for the kids – no parents. The kids loved that!
Mum and dad responded with a ‘we’ll see’. And then added that he cannot go anywhere without them as his bodily functions could be quite impromptu. So, it was decided he would join the Sharks and ‘we’ll see’.

Well Michael swam and he swam. That boy would just give it his all. He would then get out the pool and collapse. Mum and dad would pick him up, put him in the car and then he would argue and fight with them to take him the next day. He loved it.
Four years pass and Michael turns 10. The birthday that doctors said he would never have. He was still at that age wearing his Viking togs with pride. At 12years old, Michael started coming on the bus trips and following a unanimous vote of his fellow squaddies he joined the guys to go with our selected team to the state titles, despite the fact he could not get near qualifying times. Such was the love people had for Michael they even paid his fare.

Don’t read this wrongly. Michael was by no means a charity case. He worked his arse off with the ability he had and every body was in awe. He would do a swim session and then go off to dialysis. As he got older when doctors told him to stop training as it was affecting his treatment he said that ‘his’ treatment was working. The doctors can wait.

Never once did you hear Michael complain once about his problems. Not once. And he had the biggest, albeit quietest smile in the joint. I still remember when at 13 his parents told me he was going to get a bag (catheter) next week and that life as they had come to know and accept was about to change again. Oh how they underestimated their son.

I said, “Michael we got the states finals coming up and you are part of the team, the guys want you to go. Can you get them to put the ‘bag’ off until after the meet”? He said, “Coach I am there, the doctors can wait”!

That swim meet we had a gun team in his age group, and so in the heats the boys all voted we put our best 3 in and let Michael have a swim in the relay. Now that was a big thing, as most parents of child athletes are all gung ho on WIN WIN WIN. And so, as expected they blew up when they found out. That’s when I learnt there is no such thing as but bad kids, just bad parents. Anyway, it was all voted for and Michael was getting a start.

At the age of 13 Michael was the size of an 8year old. He declined the boys offer to let him start so they would not get in trouble with their parents but I stepped in and said I am the boss and if your guys say your in, you swim. If you think you don’t have it, let them know. He just smiled at me and said, “I’ll go get ready then”.
The boys powered away in the heats to give Michael a big gap. They need not have worried, 100metres later and a 5second PB and the team didn’t just make the final they held the lead the whole way to take the win.

The boy that was given the death sentence at 8 with the caveat of 10 was now a teenager. And so he did what other boys his age did and went with his mates and joined a surf club.
I think it was at Dixon Park near Newcastle. With his bag, he would do all the surf club patrols. He made rescues. He saved people from dying. He won over everyone there just as he had done at the Viking Swim Club. And he didn’t try. Michael remained the quietest kid you could ever meet. With the doctors help he had grown some, but he was still the small man with the biggest heart.

On bus trips when he would have his little mishaps. He would sit there until everyone had got off and say, “Coach, we have one of our moments.” And him and me would go sort it out. After a while we would laugh about it, him and me, and he would say; “how come coach the shit and piss don’t seem to worry you?" My reply was, “Son, I picked up dog shit all my life.” And that was the start of the next stage of his life…

Michael went to Hamilton Island to work as a night rouse about. Now a young adult, Michael started to become more introverted with his problems once they stopped him doing normal stuff. The dog shit came up again.

His parents said he was very depressed. His physical condition was getting him down and he didn’t know how to handle it. Well to cut the story short, I had an old dog-named Choco, which we sold to Michael. He bred a litter of pups from her and as with everything he did Michael raised and looked after them pups with all the zeal and enthusiasm one could expect of a champion.
Choco and her pups gave a new lease of life to Michael. His parents witnessed new joy from caring for the pups in his self-imposed exile. Choco turned out to be a major turning point in Michael’s life as he learnt that he could work in solitude with the dogs. There were no questions to answer; he could run his own timetable. The work was not physical but it was time consuming and he had the time. And so it gave him another interest, and that interest was to keep him going for not another 4 nor 10 or 15years but for another 20years.
Yes Michael defied the grim reaper and there was never one day where he wasn’t faced with pain or difficulty, rushing off to the doctors and hospitals. But his mantra, as I heard many times before, ‘the doctors can wait’.

Michael’s pups didn’t turn out to be champion runners but they won races. And they had trainer Michael Leary next to their name in the book. He was so proud. He then started training dogs for other people and again brought upon himself massive good will in the greyhound industry.

This guy was a true champion who for 41years endured daily pain and struggle. His character and will to survive affected everyone he met. At his funeral, one that I sadly could not attend, he had people turn up from the Viking Swim Club, the Dixon Park Surf Club and then two car loads of workmates from Hamilton island.

There were many who were not advised of his demise as it was supposed to have been at minimum 20 to 35 yrs earlier. Yet my mum, God love her, she was there and said his family were so surprised. They shouldn’t have been. Michael earned respect not pity wherever he went. At the swim club he was the hardest worker. At the surf club he was the most diligent and at Hamilton island, the most consistent worker.

Add to the mix a whole lot of people who came to pay respects that knew him in the present tense, as the dog trainer. Yes, the little big man that told the doctors they can wait. Michael made them wait for 35 years. He loved life, he loved the struggle, and he loved his dogs.

Michael Leary was a champion of which his family should be so proud. It is him and people like him that inspire me. When I feel the need for a little self-pity I remind myself that it was something he never let himself dabble in. No, Michael Leary, he was too big for that!
Publicado por jaime vigaray en 11:26 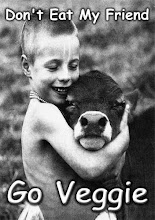 “….it's about believing in yourself when you don't have a reason to; it's about the courage to try something beyond hard when the rest of the world is incredulous; it's about your own personal honesty with yourself; it's about living life with passion and conviction; and most importantly, it's about bringing out the best in human beings. I don't see this race as a fearsome challenge anymore, but an amazing opportunity to do achieve something brilliant. We aren't much more than tissue and bone, but when we are committed and driven, our incredibly insignificant small bodies do some amazing things that shock the entire universe."

"We act as though comfort and luxury were the chief requirements of life, when all that we need to make us really happy is something to be enthusiastic about".

“Person to person, I don’t give a $*# if you don’t handle the heat. You were warned and warned and you succumbed. That means not much thought went into your dilemma. So, if you were an Anzac fighting in a trench you are now dead. Because you failed to improvise and overcome.” Doc.

If you don't have clarity on your goals...then your first goal must be to find clarity

Fear is the path to the dark side. Fear leads to anger. Anger leads to hate. Hate leads to suffering. - Yoda

"Don't limit yourself. Many people limit themselves to what they think they can do." - Mary Kay Ash

"All misfortune is but a stepping stone to fortune." - Henry David Thoreau

"Aerodynamically the bumblebee shouldn't be able to fly, but the bumblebee doesn't know that so it goes on flying anyway." - Mary Kay Ash

"Minds are like parachutes - they only function when open." - Thomas Dewar

"Many people take no care of their money till they come nearly to the end of it, and others do just the same with their time." - Goethe

"People rarely succeed unless they have fun in what they are doing." - Dale Carnegie

If you accept the expectations of others, especially negative ones, then you never will change the outcome. -Michael Jordan

Every time you smile at someone, it is an action of love, a gift to that person, a beautiful thing. -Mother Teresa

A man who views the world the same at fifty as he did at twenty has wasted thirty years of his life. -Muhammad Ali

An athlete cannot run with money in his pockets. He must run with hope in his heart & dreams in his head. -Emil Zatopek